I posted a status today that made me decide to write this. I want to take a moment to talk about something that can’t be measured, but is rather a general motif that’s swept through our nation over the past few years and political administrations (yes, that’s plural). The motif I’m referring to is that of our overall, intangible perception of today’s government and the culture which we’ve created for ourselves.

Regardless of which side of the aisle you occupy, for most of the millennial generation it’s hard to remember a time when our country felt so divided and at arms with each other. Everywhere we turn there are people promoting one ideology and condemning another. Granted, its basic human nature to have differing opinions – but the degree to which we escalate these disagreements is getting entirely out of hand. We no longer live in a society where we can agree to disagree, but instead we have resorted to labeling and antagonizing those who don’t share our opinions and/or beliefs.

Every time I think about this, I wonder why it’s the case. What’s changed? Now this might be an over-generalization, but the only thing I can come up with is the amount of information and misinformation we receive as a result of the internet and television (mostly the internet). This access to information overload has completely hijacked the minds of so many people – and since any psychologist will tell you how easy it is to mold the views of the masses with the proper outlets, it’s led to a stranglehold on the entire population.

Our culture has been conditioned to believe what they read and hear on the news and other mediums. And despite the minority that makes themselves aware of this, the vast majority of people just blindly accept what they’re told with very little independent thought or critique. This, in turn, leads to actions/movements whose foundations are forged from a completely false narrative – which has really begun to degrade American culture.

I’ve mentioned this before, but imagine how positive the general aura was back in the 60’s, during the space race. America had a united, collective goal and we all wanted to make it happen. When will our generation have something like this – one, seemingly impossible aspiration that sparks people to come together and set aside petty differences? In the status I referenced earlier, I included a link to a short excerpt from a speech Ronald Reagan gave to the United Nations during his presidency. In it, he says he imagined how quickly our differences would vanish if we were faced with an alien threat. This is the kind of thing I’m talking about. Obviously not in a literal sense (I strongly doubt ET is attacking anytime soon), but the general idea is spot on. We need SOMETHING, I don’t know what, that will unite people. Because with the way we’re going right now, we’re just digging our own graves with all the division, disagreements, and violence.

All that said, keep in mind that this is just my subjective take on what’s going on in our country (and world for that matter). I’m fully aware that my own perception of what’s happening reflects just a very small piece of the bigger picture. But I can only formulate my views based upon what I see and hear, so I suppose it is what it is. I’ll copy the link to the Reagan speech below – it’s only a few seconds so I’d recommended listening just the sake of understanding the context if nothing else. 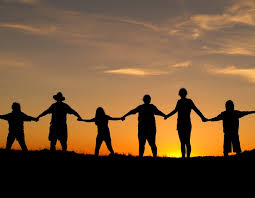