So I can make it known

About the cutest little bird

The best that’s ever flown

Many of us wonder

We watch the seagulls, larks and jays

The pigeons and the doves

Gliding through the air with ease

Owning all the sky

Diving down with grace and speed

When tasty food they eye

In number, birds are many

There’s more than we could name

And yet, there is but only one

Who runs the feathered game

So stop and pay attention

For knowledge, I bestow

The greatest bird to ever live

Is one you all will know

Passion unmatched, they fight for love

When times get rough they toughen,

That’s right, our King’s the puffin

How many birds will test for sharks

By pushing friends off rocks?

Or pluck their haters eyes right out

When threatened, scared, or mocked?

Though penguins they are not

But try to take a puffin on

And prepare your corpse to rot

I would argue no

No doubt the best of show 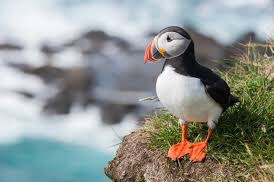 A puffin, deep in thought, ponders existentialism and considers the world’s many mysteries 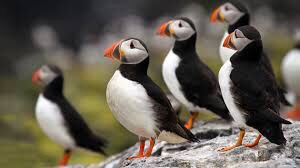 Male puffins, by nature, are born with game that human males can only dream of

Look, board I’m about to sand. I know you want me, and I truly am touched that you think so, but flattery isn’t exactly the key to my heart. I really am sorry. Like, I love you, but I’m not IN love with you, gnome sayin’?
“Hurry UP vet peepo!!”
At our first cancer appt. We HATES this stuff 😠😡🤬
#dancing #dog
“Help! Someone! ANYONE! I’ve been kidnapped! I…I think he’s gonna EAT me! I looked, his last name is Shao!!! I’m doomed!!!”
What should have been a simple trip to his Dogtor, Mr. Baxter was rapidly transforming into World War III.