In the midst of another era of racial and socioeconomic tension, America finds itself yet again divided. Its still to be decided as to how things will play out, but if one thing is for certain, its this: things must change. Folks are going to have to start getting along, or these violent riots and protests are going to rip our nation apart.

There is something lingering, however, that I think needs to be addressed. In my discussions with people on all sides of these issues, I’ve noticed that there is a certain degree of doubt as to how much our society and culture has truly benefited from the contributions of black Americans (and other minorities). While most people I speak to don’t come from the standpoint of looking down on minorities, many do seem to neglect certain contributions they have made, whether intentionally or not.

In light of this, I have decided to put together a list of some great people of color who, throughout our history, have impacted us all in a positive way. Some you may not have heard of, and some you may know quite dearly. The point is to illustrate how important we ALL are in our human quest to create a loving, inclusive society. There is no shortage of white characters who have received recognition, we all know that. So hopefully, by highlighting some of the others, the folks who still seem to foster the “white supremacy” opinion will take a harder look at the reality of this world we share. We’re all trying, people. Love each other – it shouldn’t be that hard, right?

Bass was the first black US deputy Marshall West of the Mississippi. He basically destroyed outlaws and was an overall bad-ass, for want of a better term. He caught all the bad guys, and even killed 14 people in self defense. Keepin’ all them white folk safe! 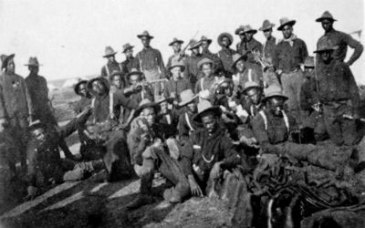 The Buffalo Soldiers was a term used for many regiments of black American soldiers who fought in many wars, originating in the 10th Cavalry Regiment of the US Army in 1866. The term came from Native Americans, who thought their hair resembled that of Buffalo hair. They contributed to many great American victories, and served valiantly for their country. The term was used loosely by some to describe all black soldiers, but the history here is important to know. Many of our victories would never have been possible without the brave efforts of what many referred to as the “Negros Cavalry”. 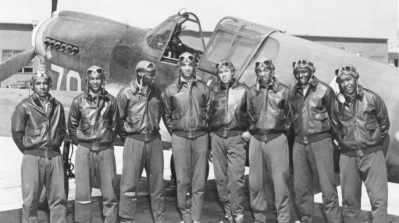 Many have probably heard of these fellas, as there is now a big Hollywood movie about them. These guys were the first African American Air Unit in WWII, and went on many selfless missions to fight the good fight. Lot of great sub stories in these guys ranks, too. Check em out! 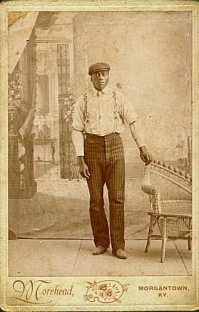 Anyone know a guy who owns a landscaping company? I sure do. Lots. And they can all thank Mr. John Albert Burr for pretty much inventing modern lawn mowing and paving the way for profits! That’s right, you’re looking at the man who invented the rotary lawn mowing blade – U.S. patent #624,749.

Percy Julian was one of the most important scientists of the 20th century, making great discoveries in the fields of healthcare, with a focus on synthetic compounds. His work far exceeds my intellectual prowess, but folks should know that many of the compounds we enjoy today in the field of medicine were made possible by him.

Elijah McCoy was an inventor. A thinker. An innovator. Throughout his life, he made trains more efficient,  improved oil rigs, and even honed steam engines. He was a brilliant man, capable of some of the most efficient thought from an engineering perspective. He even invented a movable ironing board to help make ironing-on-the-go easier. You’re welcome, ladies. 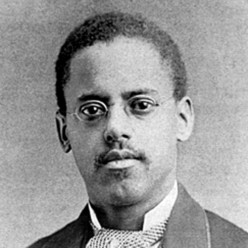 Lewis Latimer was paramount in further perfecting the light bulb. He led efforts installing electric plants in cities such as Philadelphia and Montreal. Without him, the incandescent bulb might not be what it is today. Thanks Lewis!

Rosa needs no introduction. The only thing I want to say here is that I bet she made the best neighbor EVER. You know, the one who’s always making sure the kids are behaving and aren’t doing anything stupid? Making sure they all got their homework done and came in before dinner time. I imagine that’s how Rosa was. A sweet, nice, lady who stood up (or in this case sat down) for what’s right. We need more of her.

Now, I could go on and on and on and on with this, but this is the point, in case anyone’s missed it. All of these people did things for the greater good, not for one side or the other. They never berated other people, they just uplifted folks. That’s the direction we need to be moving, everyone. Forward. Up. Not backwards, or down.

A good question to ask yourself if you’re considering making a move in this game of life: what direction will this push people in?

Phew! That actually turned out way better than I expected it to. None of my rolls committed suicide or spontaneously combusted.
Ooookay. Let’s try this 😬
This song makes me wanna walk away from a building I just blew up.
The best left overs eva. Yeah the plate is ugly but it’s me n my dog, alright?! 😠🤤🥰
Mr B lost a toof but gained a haircut. Gettin old :(
Make👏🏻These👏🏻Easier👏🏻To👏🏻Open